PPO is very proud to have an incredible group of women building our technology every day. They have master’s degrees and PhDs.They are a diverse group with representation from places like India, Syria and Poland. Because we have such a diverse team, we wanted to ask them what their experiences have been, being a woman in the workplace. If you’re interested in how the women at PPO are building hyperspectral imaging technology, we’ve also written a blog post on the roles they play at the company.

Challenges in the Workplace

We’re very proud to have created a workplace where women feel like they belong and enjoy the work they do. That being said, there are points in some of our team member’s careers where they’ve experienced challenges being a woman in the workplace. Below are some challenges that our team has faced throughout their careers:

When asked about challenges in the workplace, a common challenge that was mentioned is being the only woman in the room. It’s an understandable situation when women are significantly underrepresented at senior leadership levels as well as in technical roles. According to a report by McKinsey, “women are 2.5 times more likely than men to be the only person of their gender in the room at work at the senior manager/director level and above.”

Being the “only” can lead to negative feelings. The same McKinsey report also finds that 33% of women surveyed feel under pressure to perform, 25% feel on guard and 21% feel left out. And that’s been true for our team. According to Andrea, “it can be difficult to get your point across when you’re a minority in the room. In those situations, you really have to speak up and sometimes be more aggressive than I’m comfortable with.” In situations like those, it can be helpful to have a woman ally that knows how you feel and can support you.

That’s why Heather does what she can to be supportive of those in that situation: “It’s very isolating being the only one of anything in a professional or personal setting, and has made me extra aware of others who are in the same position. I do everything I can now to support others who are in the same position, and to avoid creating those situations in my own life.”

Another challenge that was frequently mentioned was imposter syndrome. The Times defines imposter syndrome as “the idea that you’ve only succeeded due to luck, and not because of your talent or qualifications.”

Going back to being the “only” in a room, that feeling can make you question yourself. According to Priya, “Whether you’re in an entry-level role or a leader in a company, when we don’t see representation, we start to question the company’s inclusivity and if there is a growth path for ourselves. In the technology space, this absence sometimes manifests itself early in school – can girls do math? Of course, we can and do it well! Luckily for me, I have worked under women leaders very early in my career and now in a company that is helmed by Olga, and hence I have never had that block. However, this opinion hasn’t been shared among some of my female friends.”

One way to overcome imposter syndrome is by reminding yourself of the value and knowledge you bring to the team. As Nancy puts it, “you build confidence by recognizing what your role at the table is and how you can bring value. Everyone brings ideas that are unique and different which is important in any organization.” 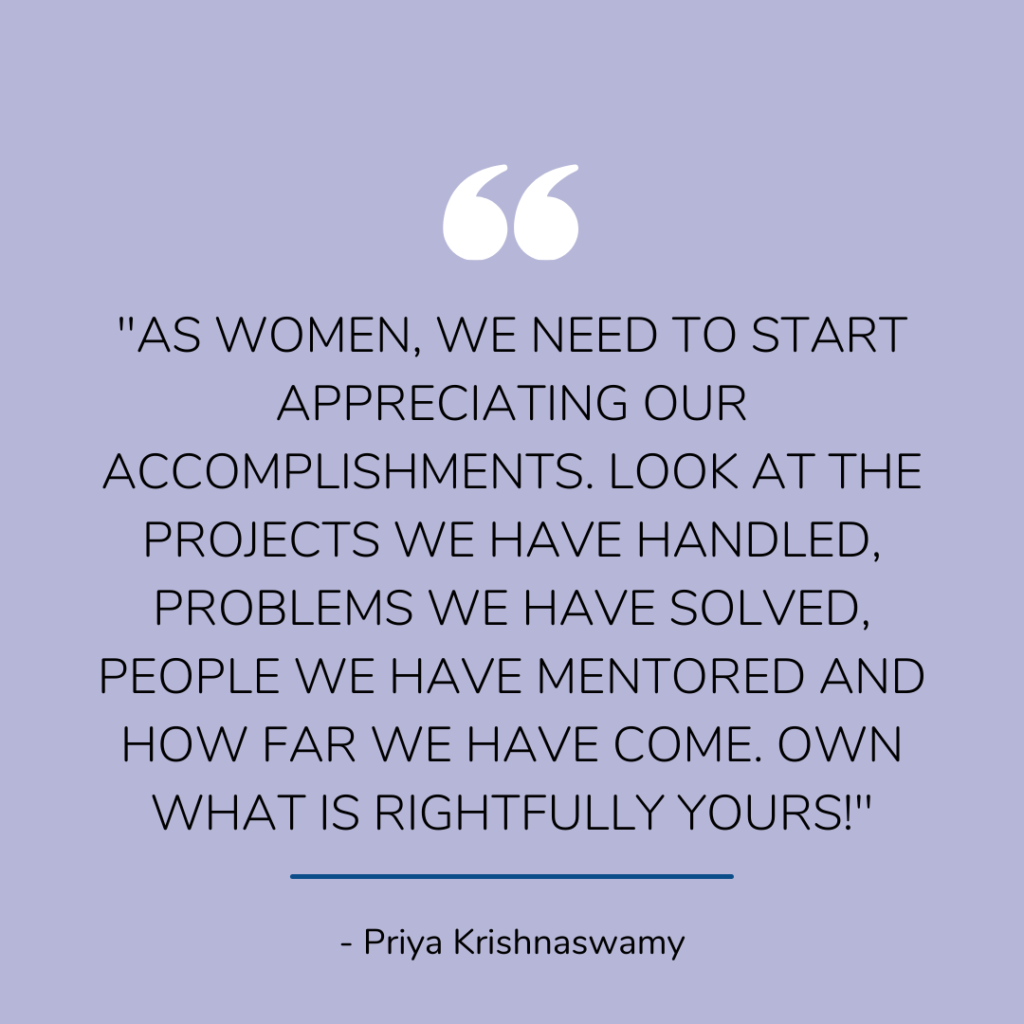 When we asked the women on our team why it’s important to have more women in STEM, representation and equality is the most popular answer. Most of the women on our team went into the field because they were curious about math and science and grew up with a family member in the field. But when they entered the workforce, many of them experienced some form of inequality at some point in their careers. They’ve been passed up on opportunities because of their male counterparts who are doing the same job. They’ve also been an “only” in some situations.

For technical roles, there tends to be a disproportionate amount of men and women working those roles. In Canada, women make up 23% of the people in STEM roles and 20% of people in C-suite roles.

One explanation for a lack of equality and representation is the implicit biases and stereotypes that exist about women. For example, growing up with the stereotype that women aren’t good at math can lead to women thinking they aren’t very good at math. If young girls see examples of themselves represented equally, it can make them believe that could be them one day.

Having representation can also make the company culture more welcoming. In addition to it being more welcoming, there is also less pressure to perform because of identity. Bushra explains that she “doesn’t have to prove I’m good at my job because I’m a woman. I want to be seen and acknowledged as being good at my job, regardless of who I am.”

Building a culture where people feel comfortable expressing themselves builds trust and confidence with your team members. This trust and confidence can help them feel included and represented in the team. And when you have inclusion and representation, it can lead to diverse thoughts and approaches to problem-solving. As Olga puts it “when you have a toolbox and only have a screwdriver, it’s hard to solve different problems. But if you have a variety of tools in your toolbox, there are more things you can solve. Why would you eliminate tools from your toolbox?” 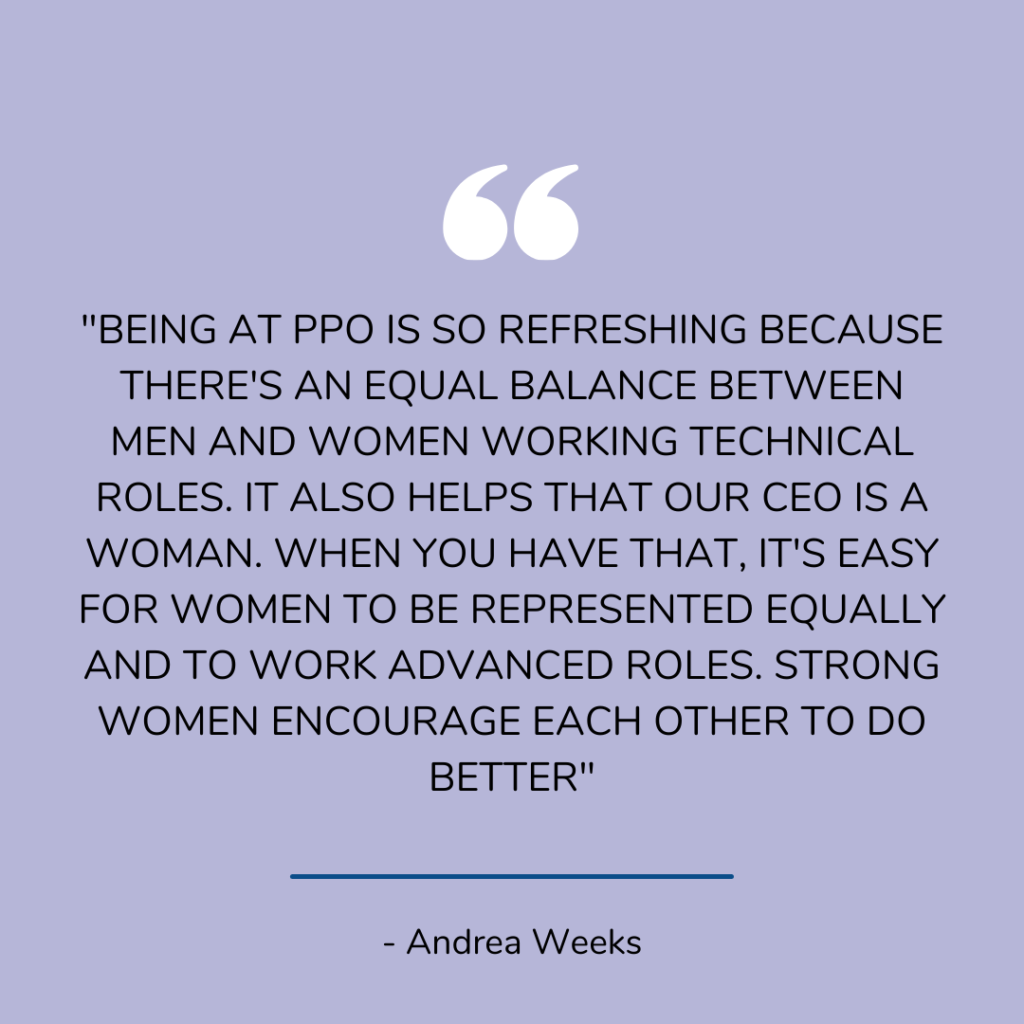 The last challenge that was mentioned when we asked our team members is having children. It can be hard to balance having children with a career they would like to continue to pursue. According to McKinsey, one in four women in North America said that they were considering downshifting their careers or dropping out of the workforce entirely in 2020. Bushra says that it’s a challenge to plan for: “I’m thinking about having kids in the future, but I worry about balancing my career and having a child. How much time should I take off?”

While it can be difficult to balance having children and working, women should also do what would work best for them. Priya explains: “As women, we tend to be hard on ourselves when we take a break from the workforce or when we join the workforce with young children at home. I myself have young children asking ‘I would like to see mama when we are back from school’. I have learned (over the years) to help my daughters understand that what I do at work is fun and that is important for me. I also talk about the problem we are solving at PPO, the fundamentals of my field, and what I help build. I hope that in this process when they grow up, they learn to treat themselves with kindness for having ambitions for themselves. Somewhere, this cycle of guilt needs to break.”

Experiences Outside of Canada

We at PPO are lucky to work with a diverse group of people. They come from different backgrounds. They also come with experiences outside of Canada. So we asked some of the women on our team about the cultural differences between Canada and different parts of the world.

It’s been interesting hearing about what women are expected to do around the world. Priya says at large the push to do better in school is high regardless of gender in India. From her own experience, she saw many of the top students from her school were girls. There are also cases where girls’ education is not a priority compared to a boy due to cultural norms and economic backgrounds. In spite of this, year after year, there are more women going into workforce and leadership roles, founding start-ups, and going for IPOs in India. However, when it comes to household chores and responsibilities, there needs to be more balance as this can help women focus on the career just as a man would do. On the other hand, in Syria, there is an expectation for women to focus on the family over their careers. This can be challenging for Syrian women to get an education or have long careers.

Priya agrees with Bushra that women and men studying in IT and computer science should have close to equal representations in most institutions in India. There’s still lower gender representation in premium institutes like Indian Institute of Technology (IITs). Although there’s gender imbalance at these institutions, it’s changing with each passing year. It is largely in places like aviation, military, factory setups that things have not changed as drastically as it has in the high-tech space.

Encouragement for the Future 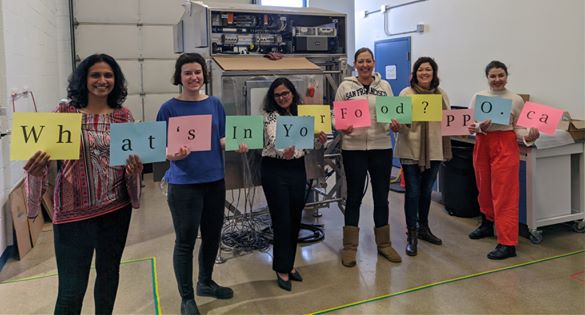 There are a lot of variables and factors that can be challenging for a woman in the workplace. But when we asked the women on our team what they would tell young women today, a common theme was to not be afraid of pursuing a career in STEM.

As Andrea puts it, “the more women pursue STEM careers, the more change and equality in the workplace will happen.” This doesn’t necessarily mean they need to take a technical role; they can also work in non-technical and leadership roles. According to Heather, “pursuing a career in leadership, whether technical or not[, can be] hugely rewarding despite the challenges you sometimes face.” In addition to the challenges, it’s also important to remind yourself that it’s ok to make mistakes. As Olga puts it, “failure is inevitable, but you learn and move on from it. It’s what you do with failure that’s important.”

PPO is lucky to have women well represented in our leadership, technical and non-technical teams. We’re proud to have women represented throughout our organization, and we’re also continuing to learn and improve. We hope to add more women to our hardware and software teams. We also hope to continue to educate and encourage everyone how to be better allies in the workplace.

Here are just a few of the many resources we’ve found helpful in our journey towards inclusion for women in the workplace:

PPO is ready to partner with you to deliver safer, higher quality food to your customers.